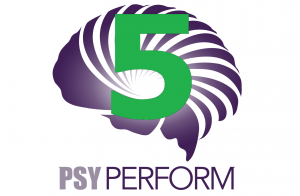 As with any skill set, leader performance varies along multiple dimensions.

Over three decades of coaching all types of leader I have observed and documented many continua along which leadership performance varies, and created several classifications of leadership behaviour.

Here is a high level categorisation of five types of leader. Some may look familiar to you, too.

Which type of leader do you think is most common?

This type of “leader” seems to abdicate all responsibility. Those at the bottom end of this spectrum are so abdicatory, that they don’t even delegate. Even those who do delegate to others, do so to beyond the point of abdication, that is, without providing any or proper oversight. They have no idea whether what they set in train has been, will be, or could be, done.

Such “leaders” are usually (eventually) uncovered as have presided over corruption, misgovernance or collapse, over and over again. Some are very skilled at jumping ship just before their failures cause the organisation to run aground. A forensic examination of their careers often shows that each organisation they have left has run into problems just after their departure. They seem to have an instinct about when the game is up, and move on before being exposed.

Such “leaders” go through the motions. For them, appearance is all. Back-covering is their modus operandi. No initiative is taken or demonstrated. There is little or no awareness of how structure, processes or systems impact on performance. Analysis of problems is not conducted, because of their awareness deficit. ‘Change,’ to them, is a threatening six letter word. Only put them in charge of existing systems that require mindless compliance, where there is no requirement other than to go through the motions.

This is the entry level, the bare minimum of, competence. Such leaders are capable of carrying out instructions on what should be done, but not blessed with the ability to think strategically. (Test that for yourself by asking them to define strategic thinking.) They are able enough to keep the ship sailing, but don’t ask them to choose a port, or create anything new. Most people would recognise this category, not as leaders, but supervisors or low-level managers. In top organisations, such people rarely rise above the junior management ranks.

This is the category which, in my experience, most people consider more as leaders than managers. They display leadership capabilities, across several of the known continua. If told what to change, and how, they can transform whatever they are put in charge of. Only ask them to change something after it has been well planned by the next category of leader. In top organisations the best in this category would be part of the senior management team. Some may be board members. In the worst organisations, such people would be in charge.

The apex leader. They can envisage a better future, plan and execute how to get there. They have the whole tool box of leadership skills. Don’t invite this leader to run anything routine, including mundane change; you will bore them into needing to find a challenge worthy of their skills, insight and understanding. The problem with finding such visionary leaders is that they usually want to run their own business. You might be able hire them, before they get their first business up and running, IF you give them full authority and get out of their way, and, make them shareholders. Otherwise, expect to be fishing in a pool already denuded of apex leaders.

Every reasonable organisation wants to recruit leaders. Almost all claim to want to recruit the best. Is that true? No. If a company requires someone to keep things running, keep the boxes being ticked they are not going to seek out apex leaders.

Can apex leaders be recruited?

Of the five types of leaders, apex leaders are the hardest to recruit. There are a handful of ways that work to recruit such rare talent. Here is one: buy shares in the company they own, and give them a huge incentive to grow it even more, and then, get out of their way.

Why do apex leaders not stay in large companies?

Have you seen this? Revolving door recruitment. Organisations go to huge expense to recruit those they think will be apex leaders. All sorts of promises are made. Some, rare, future apex leaders join large organisations, and within days find that they are expected not to lead, not to think for themselves, not to initiate. Or, they find themselves surrounded by such low standards of output, such a dearth of initiative, amid a talent poor peer group, that they immediately start looking for what they thought they had signed up for. Within six months they have found it and are gone.

For what other reasons do larger organisations fail to recruit apex leaders?

If a person is an apex leader, and they are interviewed by a box-ticker, will they want to join that organisation? Of course not. Even if their financial circumstances are such that they need a job, is a box ticker going to recognise the skills, knowledge and talent of an apex leader? Probably not. It is much more likely that a box-ticker would feel threatened by an apex leader. Generally, box-tickers don’t and can’t recruit apex leaders.

What options does that leave an organisation that is serious about recruiting apex leaders?

How is an organisation devoid of visionary leaders to recruit visionary leaders? As will be obvious by the number of corporate collapses every year, this is a serious, and all too common problem. How is it solved? Contact me to discuss.