21 Leadership Mistakes to Avoid is a report based on the premise that we all make mistakes. In over 30 years as a coaching psychologist I have made many. Some have resulted in new learning that led to the creation of new models, tools and techniques that have helped many leaders all over the world. Others have cost me dearly. I have collated those leadership mistakes, and can share them.

What are the 21 leadership mistakes to avoid? The mistakes fall in to several categories. Here are just a few of those classifications.

Leading is about people, and leaders who misread their people lose the trust of their people. The reasoning of staff could be expressed as: “If s/he doesn\t understand me, there is no way I can trust her/him to have my back, or to know what is best for me.”

If you think that goes too far, ask yourself this: when have you applied most discretionary effort? When you felt supported because you were understood? Or, when your boss ‘didn’t get you’?

Of course there are MANY more people errors; and 21 Leadership Mistakes to Avoid addresses those I have observed over and over again in my leadership development career.

Just one of the expertise errors is the false assumptions of mastery.

Having taught MBA courses for so long, I am very familiar with the skills and expertise that business education seeks to impart. Alas, I have noticed a continuum of expertise perception among soon to graduate students.  The wisest view their course as a one year introduction to just some of the most important academic aspects of business management. At the other end, some see their piece of paper as validation that they are now a master of business, with all the shutting down of learning that inevitably implies. Their expertise error is one of delusion where the source of the delusion has long since been described in our language; the cliché: you don’t know what you don’t know.

Please do not make the mistake of assuming that because the phrase is now perceived as a cliché, or even a platitude, that it is devoid of wisdom. 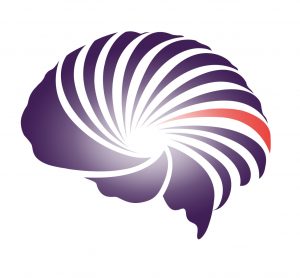 Most sophisticated leaders have developed skills that are so far above the average manager that the leader’s abilities are invisible to the manager.  ‘You don’t know what you don’t know’ applies to skills, too. The false assumption of mastery comes from lack of awareness of skills that are so far above a person that they are invisible to the assumer.

Such people usually express their psychological state to the world: “Why did s/he get the CEO’s job? S/he has nothing more to offer than anyone else.” To those who understand the false assumption of mastery error, the person uttering such words has just, unknowingly, announced to the world: “I am ignorant of the complex array of skills it takes to be a successful CEO, and because of my ignorance I will make many otherwise avoidable, expensive mistakes.”

Many of the expensive, company killing errors, which I have observed came from leaders who had knowledge of an arena of expertise, but they lacked the skill to carry out that knowledge.  Again language reveals centuries of shared understanding, as exampled following. Having much ‘time under my belt’ in the USA, there are many phrases used there to indicate that someone ‘doesn’t get it’.  Perhaps the one that I enjoy most is this: ‘College educated but s/he doesn’t have enough sense to come in out of the rain.’

What does it mean? That a person has much academic knowledge but no expertise in the real world. Alas, this is an all too common state in business leadership; a state that leads to huge mistakes. Why? The erroneous leader understands the theory of a challenge, but lacks the skills to turn that theory in to results.

Quite often I have heard such ‘knowledge rich, skill poor’ people say, in frustration: “How did s/he achieve that: I know much more about it than s/he does!” Again, they are, in their words, revealing to those who know about the knowledge-but-no-skill errors: “I am expert in this knowledge, but a novice in its practice.”  Often that error and the next are made by the same person. Even more: many of the errors contained in 21 Leadership Mistakes to Avoid, are made by the same person, at the same; compounding errors, compounding the damage done.

Sadly, that phenomenon leads to many errors; for example, style over substance errors. When a person is highly articulate, erudite, and charming we attribute all sorts of positive attributes to them. We assume that their views have substance, because we are so mesmerised by their style. We assume that they are right, even when they are completely wrong.

If you doubt the damage that this error can do, take a moment to recall your knowledge of history. I am sure you can recall a long list of leaders whose style over substance errors killed tens of millions of people. Equally, I am sure you can recall large numbers of companies that were at one time led by someone who epitomized the insult, ‘the ultimate triumph of style over substance’, and those companies are no more.

Over the decades that I have been developing leaders I have had the honour of working with many who are quiet and unassuming. If you were to meet them you would never have imagined such people were leading tens of thousands of staff, and doing so, exceptionally well.  Why would you have that perception of them? Because they were people for whom substance is what matters; for whom style can be dangerous, misleading, and error prone.

Some of the errors in 21 Leadership Mistakes to Avoid are based on the kind of thinking that leads to the style over substance error.

If you are a leader, and you would like to know the ‘21 Leadership Mistakes to Avoid’ send your request for the report to www.psyperform.com/contact