Basket-case boards: you probably know many on the long list of organisations that have failed, or found themselves at the centre of scandal, because, in part, they appeared to have “basket-case boards.” 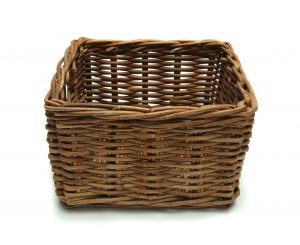 Here are just a few “problemed organisations” from the private and the charity sector: Enron, Arthur Anderson, Woolworth, Blockbuster, Borders, Oxfam, Save the Children…

There are more, with many others, no doubt, currently on the trajectory to join the basket-case hall of infamy. Do they know they are on that path? Unlikely. More likely is that they are in denial, or suffering group think, or, perhaps are confident that no-one will ever hold them to account.

What are “basket-case boards”?

Here are just ten presenting symptoms – a board that is:

In the worst basket-case boards, many of the above will be in play.

Is this news? No. Almost every person who has worked in an organisation, and witnessed wrong-doing, could massively expand on the above list.

Yet, with alarming frequency a-n-other dysfunctional organisation is the centre of a national scandal.

What then, is going on? If it is so frequent, why does the scandal of latest basket-case board shock us?

It can’t be because we haven’t seen it before. Perhaps the shock is that it continues; that, yet again, the same disgusting behaviour is found in our midst, at the core of our most cherished organisations.

Perhaps it is alarming because it exposes the worst in humanity. Maybe it shocks us because the same people we now know were engaged in wrong-doing, were, only last week holding themselves up as the epitome of virtue and good governance. Perhaps we are shocked by the brazen nature of the deceit. Perhaps we are disturbed because we believed the spin that the latest basket-case board had issued.

Is there a connection between basket-case boards and uncoachability?

Passively shocked or rocked to action?

Longer-term, what are we, collectively going to do about it? Are we going to continue to be passively shocked, or, are we going to be rocked in to action, to trigger an outbreak of good governance?

Would you like to be involved in founding an organisation to address this challenge? If so, please contact me, for more details. Having spoken to several leading authorities, there seems to be much support the idea. Will you join them?