Home » Blog » Every Leader Needs a Leadership Coach, Except Those Who Need One Most

Every Leader Needs a Leadership Coach, Except Those Who Need One Most

Every Leader Needs a Leadership Coach,

Except Those Who Need One Most

In over 30 years of coaching, I have repeatedly observed this: “Every leader needs a leadership coach, except those who need one most.”

What does that mean?

That repeatedly, executives who most need a coach, are the least likely to hire one,

and those who least need an executive coach are most likely to hire one. 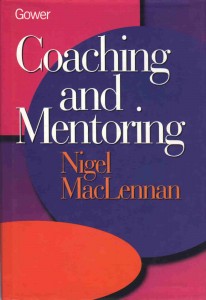 What could be the causal chain at work in this phenomenon?

If a leader is aware that his/her mindset and techniques are key determinants of results, then s/he will be acutely aware that adopting, learning and refining performance enhancing leadership techniques is critical to outcomes.

By contrast, if a “leader” is unaware of, or in denial that his/her mindset and techniques are key determinants of results, then s/he will be unaware that adopting, learning and refining performance enhancing leadership techniques is critical to outcomes.

Such a leader will blame anything and anyone but themselves for the poor performance. They do not seek leadership coaching because they are not the problem. The behaviour of leaders is widely copied by their staff. What effect does that have? Leaders who abdicate responsibility for developing their own performance, set an example to their staff. Staff, too, then take no responsibility for improving their performance. That creates a downward spiral of performance deterioration for the whole organisation. It goes from weakness, to farse to disaster, to bankruptcy or regulatory intervention. 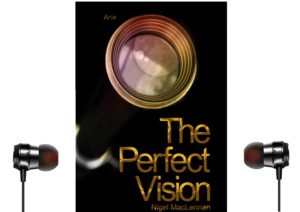 Here are just two of many possible examples I could cite. Leaders of different organisations were contacted by me after they published a “vision” for their organisations. Readers may remember that I have developed a range of tools to create an effective vision, and evaluate the effectiveness of an existing vision.

Both “leaders” were made aware that there were fatal flaws with their planned visions and encouraged to address the problems, BEFORE those “visions” did the inevitable damage.

One leader was soon removed, and the other resigned (blaming other factors for the failures).

Why did both “leaders” refuse coaching when it was so clearly needed?

Back to our observation: those who need coaching most seek it least – they attribute performance failure to any and every external cause. Indeed, one said so: “You don’t understand the political pressure I was under to set that vision.”

“Every leader needs an executive coach, except those who need one most” seems to apply also to organisations, too. What does that mean?

Organisations that most need to adopt, learn and refine performance enhancement methods seem least willing to do so.

For instance, years ago I pitched to a major bank that they had serious dysfunctional cultural issues, which, if successfully addressed, could prevent very expensive problems. They declined the offer. Their culture deteriorated to the point where they were apparently engaged in criminal activity. That bank had to be bailed out, costing the UK taxpayer billions of pounds.

Here is a selected list of companies to whom I offered help (on a payment by results basis) when it was clear after looking at their markets, positioning and leadership behaviour, that they were headed for the rocks. MFI – gone. Woolworths – gone. Comet – gone. And many others.

They were the companies that most needed leadership coaching, they were those who sought it least. Every one was offered help on a guaranteed outcomes basis. Every one declined the offer. Everyone is gone.

That tends to lend weight to our observation applying organisationally, too:  “Every organsisation needs leadership coaching, except those that need it most.”

By contrast, other leaders, and organisations, who were already brilliant at securing top levels of performance, time after time, seek and sought to develop their skills even more.

Some examples. A CEO who had one of the best safety records in their industry sought development towards having zero accidents. The product development leader of one of the most innovative companies in history sought new and more effective techniques for innovation. A pioneering and market leading airline sought to create value that other organisations had ever offered. A number one…

Excellence breeds excellence, because excellence is about taking self-responsibility for excellence.

Leaders and organisations needing executive coaching least, seem to be those who seek it most.

The causal chain seems to be that since they are already highly successful using the best techniques they know, they want external input of new thought and new method to develop or acquire even more effective methods, to trigger even greater performance. They want to create the upward spiral of performance enhancement.

On the face of it then, it seems that our premise is accurate: “Every leader needs an executive coach, except those who need one most.”

If you want to improve your leadership performance, and you want to do so on a guaranteed results basis, contact Dr Nigel MacLennan here.