21 Secrets of a Top Leadership Coach

21 Secrets of a Top Leadership Coach

Most new coaches don’t last 6 months in the profession; they try coaching after being “exited” from an organisation, and quickly find another job. What is the difference between the short term triers and a leadership coach who makes it, long-term? Written through the 21 secrets of a top leadership coach there is one word that accounts for the difference: results!

Why do I tell you this? To demonstrate to you that it is ALL in the techniques.

Any normal adult who uses, practices and refines the techniques would get the same or better results. Better? Yes, better! Better because they could add the new techniques to those they have already mastered, and thus have a broader repertoire of great tools at their disposal.

Enough preamble! What are the 21 Secrets of a Top Leadership Coach?

1. Ensure the leaders being coached understand the rules of promotion. If they do, everything else you cover makes sense. If not, you are going through the motions. Executives have to understand why A gets promoted and B does not. Why C makes them unpromotable and D makes it impossible not to promote them.

2. Equip the leader to add massive value. Yes, massive. You are not going to get leaders promoted by merely adding value, that’s what they are already paid to do. It has to be so much value, so consistently, that only an idiot wouldn’t promote someone capable of adding such huge value. 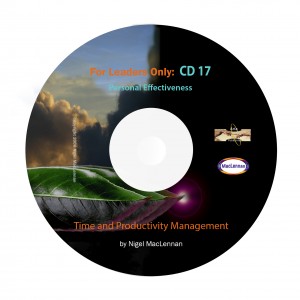 3. Productivity. Help them get the best use of their time. Most leaders, unknowingly waste a huge amount of time. Yet when you ask them about time usage, they will tell you they are operating at maximum capacity (“I am maxed out!”). They are not; it just feels that way because they have not mastered the techniques to maximise their leadership productivity.

In over thirty years of coaching I have never found an executive whose performance could not be massively improved by the adoption of original techniques. Most executives can, in only four weeks, double their productivity, AND, free 70% of their time. That emotional reaction you just had, to the last sentence, that is exactly how most executives react: “Impossible!” ‘Impossible’ usually becomes ‘achievable’ about half way through the first productivity coaching session. 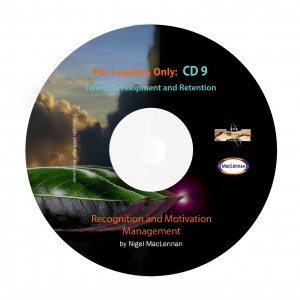 The impact on recruitment costs and productivity are substantial. And this won’t be welcome news for HR professionals, usually the HR department can either be reduced in size, or, be refocused on other things. 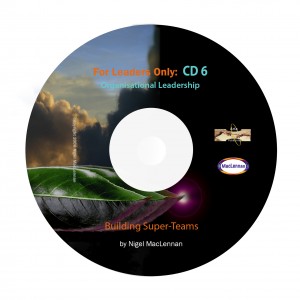 6. Every leader can form a group. Some can form teams. Only the best can form super-teams.

Most leaders know the tired old theories of team formation trotted out in business schools. (Come on guys, get up to date.)

Getting leaders to understand the psychology of super-team performance is essential if you are going to either get them promoted, or, if they are already CEOs, improve their company results.

7. Motivation. Maslow, McGregor, Hertzberg, Vroom, etc., and all the ineffective business school taught theories of motivation are known to any leader of any merit. Here’s the rub: those theories are not used in the field. Why? Because they don’t deliver superior performance.

Cutting-edge performance is never achieved with ineffective tools. To get leaders into the top bracket of performance they MUST be equipped with motivational tools that actually work. 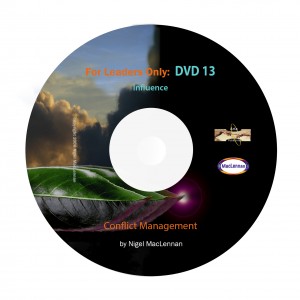 8. All but the best organisations are full of conflict. It wastes a huge amount of time and money. When staff could be adding value they are engaged in conflict of all kinds. Leaders who understand where and how conflict can emerge, and, have the tools to minimise it, can and do secure superior performances, can and do add massive value. I hope it is clear that adding value can also come from putting in place alternatives to behaviours that impose huge huge avoidable costs.

9. Coaching. Anyone who has been in leadership development for more than five minutes knows that coaching is a key leadership skill.

At the other end of the performance scale is the pinnacle of coaching: leaders so skilled in coaching that their staff self-coach. Leader who can reach that coaching pinnacle are eminently promotable. More here.

10. Innovation. Young leadership developers haven’t been around long enough to see national and international household names collapsing, over and predictably over again. Even seasoned leaders follow the business school taught rule that all companies ultimately fail for lack of cash flow. They take that to mean that cash flow is king.

To get leaders promoted they have to be developed beyond that kindergarten thinking. Cash flow failure happens for lack of customer delight. And lack of customer delight comes from lack of innovation. Ultimately companies fail from lack of creative ideas. To get leaders promoted they must be brilliant at either generating ideas, or leading the generation of ideas that can, and do, add massive value. More here. 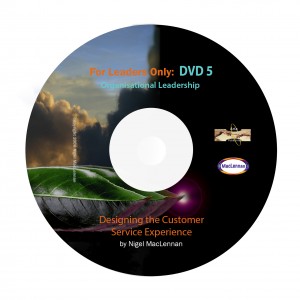 11. Customers are king. It is not enough to be able to add massive value. Top leaders know that the experience of securing that value must be fantastic as well. If it is, competitors don’t stand a chance.

Beating competitors gets leaders promoted, and gets CEOs to improve their companies, and secure bigger, earned bonuses. Designing the customer service experience is essential to adding massive value.

12. Corporate Alignment. Few leaders understand the notion of corporate alignment, or have the tools to create it.

To get leaders promoted a skilled leadership coach must equip their client with the know-how, and the commitment to act to create maximum alignment.

Those who do, create value massively out of proportion to the time invested in creating alignment. Those who don’t look on perplexed and ask: “Why did s/he get promoted and not me?” 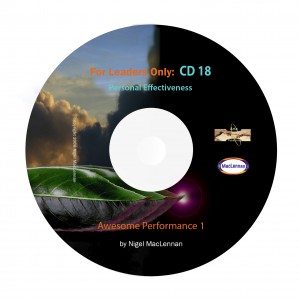 Awesome staff performance is just a few cutting-edge techniques away. Having a handful of techniques more than their peers is usually enough to add massively more value, and the deserved promotion. Having multiple performance psychology techniques that their peers don’t have enables future CEOs to frequently be the only person on the promotion short-list. More here.

If a leader has access to the techniques required to create a compelling an inspirational vision, s/he with that tool alone can add more value than all peers put together.

Cynics dismiss vision as mere words, but a brief trip through history with a skilled leadership coach will show any thinking executive how powerful mere words can be.You can get more information on the power, impact and valued added by creating a world-class corporate vision here. 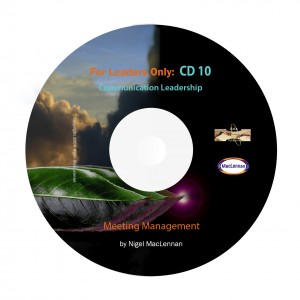 15. Meetings waste huge amounts of time for most leaders.

For the promotable leader all of his/her meetings deliver at least twice the outcome in half the time.

Leaders can be made four times more effective at running meetings, in just one coaching session. (You read correctly.) However, most executives do not believe that is possible, and miss out on the ability to add value in a highly public, and career boosting way. 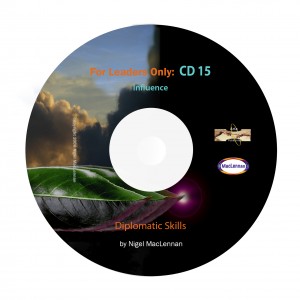 16. Diplomacy. Almost all clients lost by any organisation (other than those who left because better value was found elsewhere – the incumbent failed to innovate)  are due to lack of diplomacy.

The customer felt shoddily treated and reacted with a dance known as the loyalty walk. If their leadership coach treated them undiplomatically, they would do the loyalty walk, too. Raising that issue can often be helpful in coaching diplomacy. Leaders who get promoted have been equipped with an understanding of how to keep customers sweet.

Why? For a multitude of reasons. Assuming no major skills deficit, the one I have seen most often is that they fail to make the leap from micro management to macro management.

Leaders that PsyPerform gets promoted are equipped with an understanding of how to lead cultures. More here. 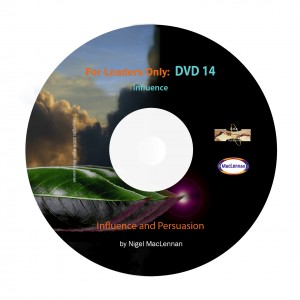 18. Persuasion is how we describe what happens when we see the techniques someone is using on us. Effective leaders have influence. And the best leaders have invisible influence. That is, the people they lead want to do X, whatever X might be. Indeed, they feel that they would have done X even if the leader hadn’t been there. 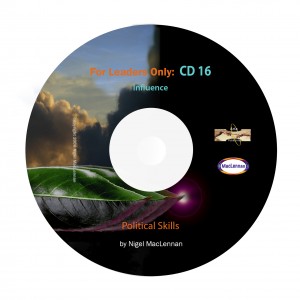 19. Political Skills. Put any group of people together and politics commences.

If a leader does not know how to create a constructive political environment, petty politics starts, gets hold and soon takes more time than the day job.

Promoted leaders learn, with their leadership coach, how to create an environment where constructive politics are a small part of the day job, where destructive politics do not waste vast amounts of time and money. That adds huge value. 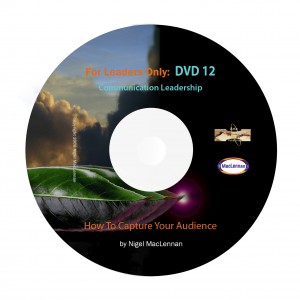 20. Overcoming paralysing fear. Those of you with a delicate disposition may wish to stop reading. Leaders on the path to promotion have to overcome a fear which is more paralysing to more people than… drum roll… the fear of spiders. Yes, I refer to… double drum roll… public speaking.

Here’s the tough part for most leadership developers, they are not very good at public speaking themselves, and as such can’t cross the credibility gap. To get leaders promoted, they must become great public speakers.

21. Change Leadership. Have you seen this? A big change programme is announced. A huge amount of money and resource is thrown at it… and six months later is has quietly been forgotten? Yes?

That’s how failed change programmes are usually dealt with. Familiar? Of course!

Fully 85% of all change programmes fail. Many people use the work of a person whose surname begins with K to lead changes. I can’t tell you how many such change programmes I have seen failing, and I suspect the same is the case for you, too. Why? That method misses several change critical factors. I won’t mention the name, because if someone is reading this who does not know, then I have saved them from a probable change failure. More here.

To equip leaders for promotion they MUST be equipped with change tools that work in the real world. When they are, and they use the tools, their changes are successful, repeatedly, they add massive value, and they get promoted.

Only 21 Secrets of a Top Leadership Coach?

Of course, there are many more than 21 secrets to getting huge percentages of leaders promoted, repeatedly, over the long-haul.

If you want to get promoted, or learn how to secure promotion for the leaders you develop, contact PsyPerform.

Copyright PsyPerform 2016.
Please note: most of the tools above are ONLY available to PsyPerform clients.